On today’s episode of Fantasy Highland, I sip some Barrell Bourbon (info below)  with Evan Silva while we hit all 32 NFL backfields.  It’s a whopper of a pod with a 60 second intermission (with Monty Python music) at the midpoint.  If you are looking to digest this 2 hour pod in two doses, that’s a good place to pause.

Enjoy this with a nice dram and let us know what you think!

We go though the teams in alphabetical order though we do jump out of place a few times with Tennessee and, I believe, Tampa Bay.  You should be able to hunt and peck pretty effectively if there is a specific team you’re looking for.

For those here more for whisky, this pod is a tweener.  We’re drinking plenty but the chat is more about the RBs.  Hey, it’s draft season!

If you want to find the pod on Apple Podcasts, Stitcher or Podbean or the RSS feed, use this link.

I was unfamiliar with Barrell Bourbon until this week.  I’d seen it on shelves, but that was it.  When Evan Silva got one in the mail, it was a nice excuse to try it, though sadly, my wife found the receipt!  And that brings me to the issue here…price point.  If this was a cheaper bourbon, I would simply scream “get this!”, but at a nearly $80 price point, I have to cross off a bottle of premium Scotch on my shopping list.  I do indulge a bit in costly spirits, but I have a pretty firm budget.  So, it’s worth pointing out that this is a spirit for the crowd who can afford it. In truth, if it comes down to a bottle of this or a bottle of Macallan or the like, I’m getting the Scotch, but I am very much a single malt guy.

In fairness, though the price point is high, the product is high quality–presented at cask strength, so you’re paying for the spirit, not for added water.  You also have plenty of room to move if you like to add drops as you sip.  This stuff will hold up to quite a bit of dilution.  For what it’s worth, I was drinking neat and at full strength.

They are not a distillery.  The are sort of barrel collectors.  Sort of like us fantasy geeks, the folks at Barrell specialize in finding value and high quality at good prices.  They source barrels from over 65 distilleries worldwide.  Then they use their blending skills to make individual batches–each with a highly unique flavor profile.  The bottle we sampled on the show was Batch 22, and that won the gold medal at the World Spirits competition in San Francisco.  They also produce Rye and Rum expressions.  If those are as good as the bourbon, I would certainly want to give them a try.  This is high quality stuff. 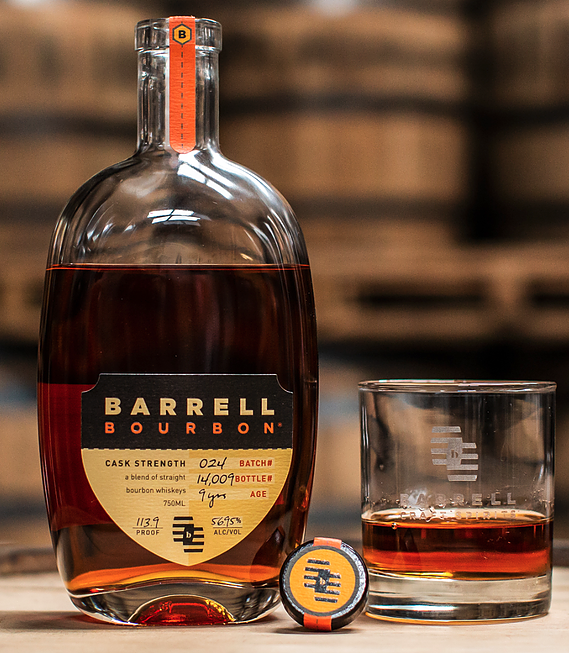