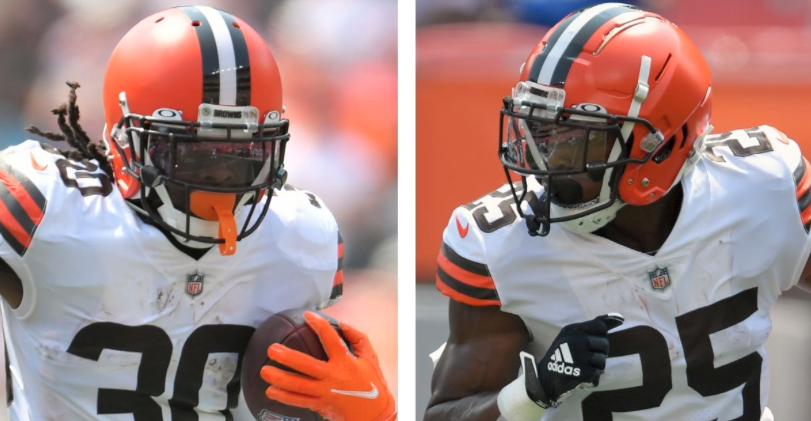 As is often the case at this time of the year, it’s all about injuries. This is a tough week for us grinders. So many of my teams are disasters because the injuries have mounted so high and I am out of IR spots. I have some tough choices with cuts and such. I’m sure a lot of you are in similar situations.

Obviously, there are times when we do what we have to do and spend our FAAB aggressively. If you are in a must-win situation or close to that scenario, you may have to be more aggressive than you’d like tonight. Ideally, this is a week to play the numbers and make some low bids and see what you can shake from the tree. It could also be a week to wait to see what you can get for free as news breaks over the course of the week.

At running back, there are no clean pickups, which makes sense. If they were any good, they’d already be rostered, right? What we have are a bunch of maybes and guys who look like they will have some short term viability.

These rankings are pretty loose because so many of the injury situations are fluid. Again, this is a good week to play the numbers game and bid on more players with lower level bids. Save that cash!

I’ll be adding more player notes tonight up until about 9PM.

This week is a tough one with six teams off, but there are only two byes next week, with the Ravens and Raiders taking a rest.

Same old stuff here. Quarterback is still deep but there are now enough struggling offenses where it’s getting a bit tougher to stream and feel good about it. Unless you have an acute need, it’s a good week to grab a free qarterback later in the week.

For Week 7 plays, I like Tua quite a bit against Atlanta’s weak pass rush. I still like Daniel Jones if his weapons are healthy but he’s more of an add for his Week 8 matchup with the Chiefs, when he may have more healthy targets.  Carr is a nice add for the rest of the way but also a good guy for this week’s matchup versus the pass funnel Eagles.

Obviously, if you can still get a guy like Khalil Herbert or Alex Collins (if he is healthy), you should do that.

Carter is taken in most leagues I play in, but he’s available in nealry half of Yahoo leagues coming off of his bye week.  McKissic is a good add with Antonio Gibson hurting.

Ingram is a volume-based option with some TD equity. He can help some folks this week. The Browns backs—Johnson and Felton, will both be pushed into major roles. Johnson should see more carries and Felton has more big play potential and should see more targets. I have no strong feeling as to which one I’d want. I’d probably lean a bit to Johnson bit in full PPR it’s close.

Gallup is my guy for ROS value but he has at least this week to wait due to the bye. He could conceivably miss another week but his original rehab schedule suggests he will be ready.  With all the injuries in New York, Sterling Shepard really stands out for the near term. Bateman was involved in his first game back but did not pop for a big game. I’d still be adding him with the way Jackson is thorwing teh ball.  Crowder is a nice sleeper in medium sized leagues coming off of his bye. Hilton’s role is locked in even more with Parris Cambell’s potential season-ending foot injury. Pascal gets a similar boost.

Ertz and Freiermuth have the season long punch while the two guys with the hyphens–Mo Alie and Seals-Jones have nice short term potential. Arnold is not sext but he has the gig and should give you a little something on most weeks.

Both Kmet and Everett would be legit factors if they could get more targets thrown their way, bit for now, they are risky.