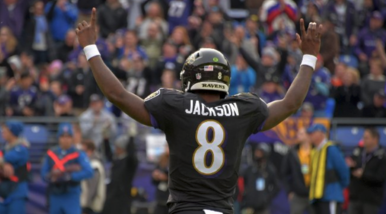 Welcome to Week Twelve, the last week of the fantasy season with byes. And, even though we only lose two squads, the losses will be tough to take as the Chiefs and Rams have been the fantasy engines for most of this year’s league leading teams. Hopefully most of you are in position to take a down week, having ridden the Gurleys and Mahomes of the world to large cushions.

For those seeking reinforcements, I have good news—particularly if you have saved some of your FAAB budget or have a strong waiver position. There’s plenty of talent out there to be had.

Listen to the Week 12 Waiver Wire Pocast right here.  I do the typical waiver wire stuff plus a look at the handcuff options for all 32 teams.

New additions to the wire are in bold.

Jackson is the shiny object this week and he’s most definitely worth going after in all formats. The obvious concern is that the Ravens could go back to Joe Flacco out of some combination of respect and stupidity. Winston is in a similar situation in that he brings a high ceiling to the table but no job security. What both Jackson and Winston have are favorable schedules, especially in Jackson’s case. Mayfield gets the Bengals twice over the next five weeks, including this week. Mullens gets Tampa Bay this week so he’s a solid streaming option. Manning is on a mini roll and travels to Philadelphia this week to face their beleaguered secondary.

Adams is the guy to go after along with Gus Edwards. Adams saw serious playing time—even seeing the field in some passing situations. He’s the back to own in Philadelphia now. Edwards came out of nowhere last week to lead the Ravens backfield, leaving Alex Collins, Buck Allen and Ty Montgomery in his dust. Edwards is a big back who runs like one, but there’s no way to deny how productive he was. He worked well with Lamar Jackson and perhaps Collins’ mesh point issues gave the Ravens’ coaches pause. After all, they decided to run lots of RPO with Jackson. It’s possible that they just preferred Edwards’ ball security and hard-nosed running. It was highly effective in combination with Jackson’s speed and quickness. McGuire is potentially the best of this week’s options. The Jets like him and they are in a spot where they are trying to develop talent. They are also a team likely to be playing from behind and McGuire is the back they use in passing situations. Penny is an elite stash play. He’s a bit too risky to start in most formats right now, but he’s starting to get more playing time and he’s a home run hitter. With Chris Carson battling a hip injury, Penny’s time to shine could come at a moment’s notice. Richard is in a position to get more playing time. The Raiders are looking to get young players on the field and Doug Martin is questionable for Week 12 with a sore ankle.

Washington is a deep depth option who might give you something if Doug Martin’s ankle keeps him out this week.

Reynolds and Smith are the guys to go after for my money. Reynolds is, astonishingly, available in over half of Yahoo leagues. He played a significant role again in Week 11 and with Cooper Kupp gone for 2018, the playing time will continue to be there. The one problem is that he’s on his bye this week. Tre’Quan Smith is similarly entrenched due to the season-ending injuries to Ted Ginn, Cam Meredith and Dez Bryant. You could also make an argument that Smith would be playing ahead of those guys anyway. He’s been that kind of playmaker. Kirk’s snaps have leveled off around the 90 percent level, and he’s been WR3 caliber in 5 out of the last 6 weeks. Coutee made his return and looked good despite being at less than 100 percent with a tight hamstring. He has a favorable remaining schedule for a slot receiver. He saw 9 targets in Week 11. D.J. Moore, a guy I’ve been pushing on you all for months, has finally broken out and is worthy of an add in most formats. He posted 157 receiving yards in Week 11 and has a favorable remaining schedule—particularly the Bucs in Week 13. Godwin played hurt last week and still caught all three of his targets for 50 yards. He should be healthier this week. Marquise Goodwin has a matchup with the Bucs this week and he’s healthy coming off his bye. His situation is a bit volatile, but he has a WR1 ceiling this week.

Samuel is still in need of more snaps, but if you look at all the explosion plays he’s created in limited time, you have to think they will find more ways to get him on the field. Gabriel hasn’t blown up recently but he’s still just as involved. More bigs games will come. He’s a solid flex option. He had 9 targets last week,

Heuerman just got through his worst matchup of the year versus the Chargers and will now have a run of solid ones. Only the Browns in Week 15 stand out as less than good. Herndon and Smith both profile as weekly plays the rest of the way. They are not TE1 level, but they’ll keep you competitive at the position if you need to play them. Brate is a smart way for O.J. Howard teams to protect themselves, and Howard is questionable to play this week with an ankle injury. Kendricks is a way for Jimmy Graham owners to protect themselves. Graham may play through his broken thumb, but he’s a decent bet to sit this week.

***UPDATE***  Brate is now the TE to go after.  He’ll be a startable option every week with OJ Howard now on IR.

Vannett and Dickson are both viable fliers, but are not good bets for weekly value.