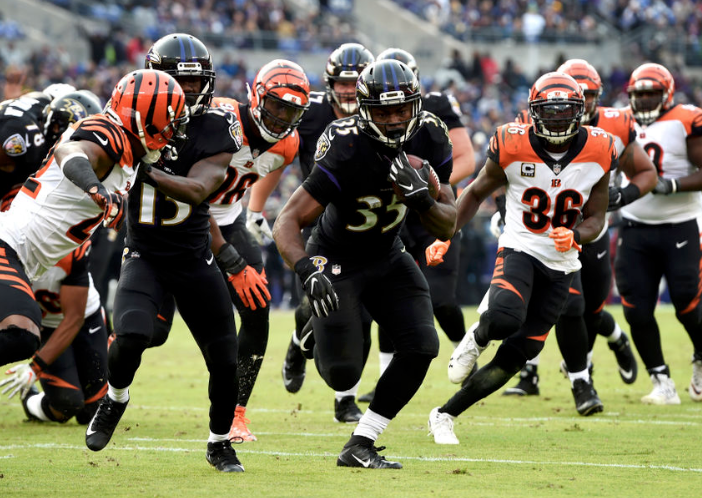 It’s gut check time, with many of us playing for playoff spots or better yet, playoff byes. The NFL byes are, thankfully, over, so this week is about setting those rosters up with some plus matchups—just in case we need to go to our bench this week, or during the playoffs.

I’ll add a few more options tonight, once I get my kids fed!  It should be finalized before 8pm.

New additions (not listed in the WEEI wire) are listed in bold.

Jackson is the guy to go after if you are chasing ceiling. He’s scored well over two starts and, as I mentioned the last two weeks, his closing schedule is excellent. Winston is viable in tougher matchups but he has two good ones to target over the next four weeks, including the Panthers this week, in Tampa Bay. Prescott has good matchups the rest of the way save for this week, when Dallas hosts New Orleans. Mayfield is now playing at a high level as expected. His schedule is mediocre, but he has a tasty matchup with Cincinnati in Week 16. Keenum has winnable matchups the rest of the way—making him a solid playable backup if you need one. Jeff Driskel is going to start for Andy Dalton the rest of the way, after Dalton’s season was cut short due to a thumb injury. Like Driskel, Kessler is an option in 2QB and Superflex formats. He’ll take over for Blake Bortles after a feudal too-little-too-late quarterback switch by the soon-to-be-fired Doug Marrone.

Mariota gets the Jets this week, so he has some short term appeal.

The top five options will be taken in more than 50 percent of leagues but most are available just enough to make them worth listing on a tough week for runners. We’ve talked a lot about Edwards and Adams in recent weeks and both are on schedule to lead their backfields the rest of the way. Ekeler will help you this week and perhaps for a few more—depending on the status of Melvin Gordon’s MCL sprain. Gordon is week-to-week. Yeldon will be a one-week plug-and-play option thanks to Leonard Fournette’s suspension. For most, Fournette sunk their season long ago. This is the final death-blow to any unfortunate GM who somehow survived this long with this bum on their team. Riddick is a solid RB2 play in PPR leagues—assuming that Kerryon Johnson (knee) misses another week as anticipated. Gore just keeps chugging along like some kind of gridiron-based Energizer Bunny. He gets you a little something every week. Penny is a risky flex play, but he’s a step away from major upside. All he needs is an injury to Chris Carson or Mike Davis, and Carson’s been battling a hip injury all season. McGuire has some weekly PPR upside but I’m less enthused with him now that Isaiah Crowell is looking healthy. Hyde has some one week deep league appeal with Fournette’s suspension.

Hines is a late add due to Mack’s concussion. Both he and Wilkins will have some value this week if Mack sits.

Reynolds is available due to his bye week. Snatch him up where you can. He can be a WR3 for you every week the rest of the way. Westbrook gets a nice bump with Blake Bortles’ benching. He’s been open far more often than he’s been targeted. That should change with Kessler at quarterback. Hitting the open man is one of his strong suits and obviously one of Bortles’ many shortcomings. Miller has become more prominent in the Bears offense and that is unlikely to change. He runs mostly interior routes, which helps. Humphries is on a roll and the way they keep the ball in the air down in Tampa should allow for said roll to continue. The touchdowns will dry up soon, but the PPR floor will remain. David Moore is now entrenched as Seattle’s third receiver, and with Doug Baldwin a little banged up, his role could keep growing. Russell Wilson is showing a lot of trust in Moore. He’s a solid weekly flex play moving forward. Callaway is starting to flash more consistently and is one of the few true upside options left. He can be used as a WR3 this week. Samuel played 92 percent of the Week 12 snaps, but that was due to Devin Funchess being unavailable. Still, with the way Samuel has played, it’s hard to see them going away from Samuel. He’s a weekly flex play because of his playmaking ability. As with Callaway, Samuel represents one of the few remaining high-ceiling options. He’s a nice stash for deeper teams.

Godwin moved up from this morning with word that DeSaen Jackson could miss time with a thumb injury. As expected, Colt McCoy has increased attempts to the outside weapons and in the seams. So Doctson gets a bump in value. He’s flexworthy. Taylor should return this week and there’s a role waiting for him. This team needs receivers badly and a healhy Taylor can make big plays. He’s a nice stash in deeper formats. St. Brown is an upside flier. If Randall Cobb continues to struggle with his hamstring, St. Brown will stay in the role as 3rd receiver, and that’ll return some value in deep leagues.

Brate’s taken in over 60 percent of leagues, but he’s a weekly starter with O.J. Howard on injured reserve. Jonnu Smith is a bit volatile in terms of usage, but he’s developing into a big play option and they need him right now with so few playmakers in that offense. He can start for you when need be. Chris Herndon is another weekly starting option, though not quite in the TE1 range. Herndon played a season-high 80 percent of the offensive snaps in Week 12. Heuerman has been light the past two games, but his usage is stable and he should have some good games in the coming weeks.

***UPDATE***  Jeff Heuerman is out for the year with broken ribs.  LaCosse will be the guy the rest of the way and can be used as a TE2 level option. He played well last week–making several big plays.