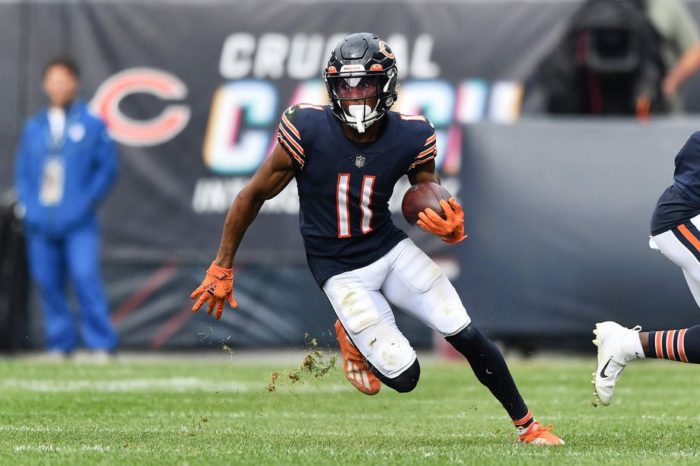 I got a late start tonight but I wanted to drop some thoughts on this week’s options.

With all the Covid stuff moving faster than the media can keep up, it’s wise to not overbid on players who we are targeting for bye week usage only. Don’t get me wrong, there are times to unload because you need to win or what have you, but all things equal, this is a week to keep your powder dry as much as possible.

There are two main reasons I say this. First off, why spend on a short term option unless you’re desperate? Additionally, with so much flux—almost every day it seems, the odds on getting a decent flex option for free later in the week is pretty good. It’s a good time to be a scrounger if you have the time.

In that vein, keep an eye on the Browns’ backfield. There has been a run of Covid with all the backs (including Chubb!) testing positive save for D’Ernest Johnson. Johnson could be in for a huge workload BUT he is rostered in a lot of leagues already AND he could be the next guy to test positive, so keep your head on a swivel. Brian Hill was added today and could end up having some deep league appeal later in the week, depending on how things break. Chubb still has a chance to get cleared. This thing is live.

As always, I like the running quarterbacks, but there are no must-haves out there.

Freeman has looked the best of the Ravens backs for a few weeks now. Singletary could be a solid RB2 this week IF Moss misses the game with concussion symptoms. It feels like a 50/50 deal.

The ceiling belongs to Mooney and Moore. Both have a shot at consistent targets the rest of the way and both are very explosive. DPJ and Bateman also carry some WR3 level upside.

Schwartz played ahead of Rashard Higgins and has plenty of big play potential. With OBJ gone, he’s worth a look in really deep formats.