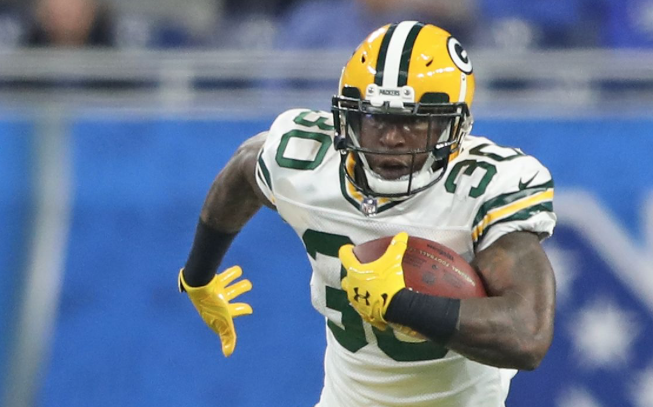 Yes, we made it. It’s Week 16 and, unless you have a really bad commish, you are playing in your league’s big game. For some unfortunate fantasy souls, next week is your championship week. I’ll be here for you then, but please, please petition your league to stop the madness and move your title game to week 16 where it belongs. Alright, I’m stepping down off of my soap box.

I’ve added this week’s opponent to each listed player because matchups are obviously more important then ever. It’s all on the line, folks.

I’ll have a few updates to this article throughout the afternoon, with the article being finalized around 7pm. Added players are listed in bold.

I’m thinking most of you don’t need a quarterback this week, but for those of you who’ve streamed your way to the finals, these are the best generally available options. Allen’s matchup with the Patriots is tricky and perhaps risky as Belichick will possibly make Allen throw to win—lowering his fantasy floor considerably. Darnold has shown a high ceiling in good games and a bottomless pit of a floor when things go bad. He could go either way this week versus a Packers team that is playing out the string—their playoff chances being largely theoretical. Jackson has a solid floor because of all the rushing production, but the Chargers are obviously a team playing at a high level right now. Keenum is terrible in multiple ways, but he does have a plus road matchup if you are in a desperate situation.

Carr has been about as serviceable as a QB with no receivers can be. Jon Gruden has been a complex cocktail this year. He’s gotten rid of a lot of talent but coached teh team pretty well. The Broncos DBs are obviously beat up, so he’s a viable play.

Williams is probably the jewel of this week’s wire. He’ll be the lead back for the Pack the rest of the way after Aaron Jones’ knee injury sent him to the IR. McGuire is a very close second to Williams, so if RB is your big need, bid heavy on both in hopes of getting one. Damien Williams could be a great play again, but his value is dependent on the status of Spencer Ware. If Ware sits again, Williams is a high-end RB2, but with Ware back, both backs become good flex plays. Ballage is suddenly a big name after Frank Gore’s injury. The rookie appears in line to start this week at home versus a tough Jacksonville front seven. Dixon has pulled into an even share (52 percent snap rate in Week 15) in the Ravens backfield, but he faces a tough Chargers defense on the road. Smallwood has also been forced into action due to injury, but he looked good and should have a similar role this week. Sadly, he’ll face a very tough Texans run defense. Darrel Williams, the other Williams in Kansas City, could be a strong flex option, but only if Ware misses another game. Zenner had another 13 touches in Week 15 and should be in a similar role this week, but it’ll be against a very tough Vikings front. Kelly, Blue and Ford (there’s a used car joke in there somewhere) are all injury dependent options. Blue gets more time if Lamar Miller’s ankle keeps him out this week. Ford will play major snaps if both LeSean McCoy (hamstring) and Chris Ivory (shoulder) can’t go, which I view as unlikely. Ford is best acquired as a hedge to one of those players rather as a stand-alone option. Kelly is the back to own after Todd Gurley in the Rams’ backfield. With Gurley nursing a sore ankle, it’s a smart time to add Kelly, who is a very talented and multi-skilled back. Sproles is for deep PPR leagues and desperate situations. He’s getting just enough action to have some relevancy.

Davis is a sneaky add especially if Penny sits another week. Chris Carson was banged up again last week though he did finish the game. It would not surprise me if Carson missed practice time this week.

Robby Anderson is back, folks. His high ankle sprain is a thing of the past and he’s got a solid connection going with Sam Darnold. Both of the Williams, Tyrell and Mike, gain value if Keenan Allen sits out with his sore hip. The odds on that happening are in the fifty/fifty range. They are both solid WR3/flex options if Allen is healthy, in a tough matchup versus the Ravens. Foster has been very good working as Josh Allen’s number one option and has WR3 appeal at New England this week. Samuel was quiet last night but he closes with a solid home matchup versus the Falcons. He’s a strong flex or light WR3 this week and he’s explosive so you get some big play opportunity. Westbrook is not a sexy option in Jacksonville’s scheme, which is something out of 1955, but he is the number one option and has some PPR appeal versus the Dolphins this week. Hamilton is the best bet for targets in Denver as he works the slot almost exclusively and Case Keenum loves targeting his slot receiver. McKenzie suffered an ankle injury in Week 15 but returned to the game. He’s a guy to watch this week and to add if he’s practicing fully. He’s getting plenty of touches and they are manufacturing ways to get him involved. Patrick and Sutton are both light WR3 or flex plays this week in a solid matchup versus the Raiders. Nelson is a very unsexy play in that same game. Nelson played 97 percent of the snaps last week and was targeted 8 times. He’s viable based on volume. Callaway has been boom or bust but he’s clearly the number two option at receiver for the Browns and I like his matchup this week versus the hapless and beleaguered Bengals. Ross and Benjamin are both deep fliers who have upside this week due to the their touchdown potential.

I added Pettis when I realized he was a just a bit over 50% owned in Yahoo. He’s a guy to look for though he’s in a tough matchup.  Coutee could come back this week and he has a strong matchup versus the Eagles battered secondary. He’s a guy to monitor if you do not add him tonight. He’s been dropped in a lot of leagues.

As I told you last week, Thomas was unlikely to help you in his matchup with the Saints, who crush tight end production on a very consistent basis. Thomas is in a much better spot this week when they host the Falcons. He’s the guy to add if you need tight end help. Jarwin led the Dallas tight ends in snaps and saw seven targets in each of the last two weeks. He gets a nice matchup with Tampa this week. Herndon has been consistently active for the Jets but gets a tough matchup versus the Packers, who have only given up two scores to tight ends this year. Still, when you look at the Jets target hierarchy, he’s a reasonable option. They just don’t have much in the way of weapons right now. Herndon saw four targets last week and posted 53 receiving yards. Uzomah is for desperate situations as the Bengals clear starter on an offense desperate for places to throw the football.

Firkser is a desperation add. Tennessee barely played offense last week once they realized that the Giants had no interest in tackling Derrick Henry. They may actually get asked to play football this week, and Firkser has been playing well–running crisp routes.