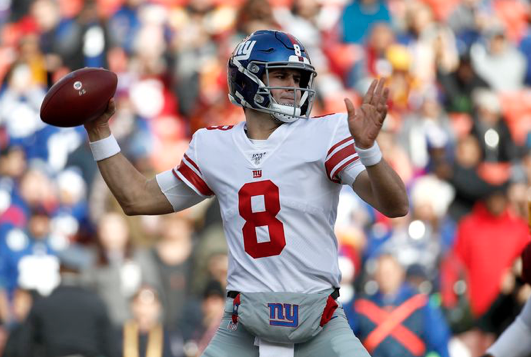 Congratulations on making your league’s big game!  Having said that, this is hopefully the least read article I will post all season.  Week 17 is no time to be playing your most important game.  I’d rather try to do all my Christmas shopping on Black Friday while simultaneously day drinking.  Seriously, the chaos is pretty much the same.  For this I want to add one piece of salient advice.  Try to look at Week 17 free agency as a weeklong process.

For the most part, we can only speculate as to who will be rested and who will play in their normal roles.  Some of that stuff will break as injury information begins to leak out on Wednesday and Thursday.  So keep your head on a swivel all week long, because you never know when a big opportunity will present itself.  My Week 17 lineup rankings will go up later in the week–after the holiday.  They will be a great way to decide on some late week pickups because whatever a player’s ranking is this week is equal to his rest of the season value.  In short, if you have to deal with all the madness this week entails, you might as well win, right?

Unless specified, all players in this article are owned at a less than 50 percent rate on Yahoo.

When I post the expanded wire over at Rotobahn, I may add a few more names for deeper leagues, but these are the obvious ways to stream your Week 17 starter, and I’m sure there are a few of you out there.  After all, Lamar Jackson and a few others may be at rest this week.  Jones is the obvious play here if you can get him.  The Eagles will be up for the game but they are beatable on the back end and the Giants have the weaponry to take advantage.  I’d have to be pretty desperate to play a rusty Robert Griffin against a hungry Steelers defense, but if you are in a bind, he’s going to be the the guy, and you could get some foot-points.

Homer could be the guy to go after as both Chris Carson and C.J. Prosise have been lost for the year.  This is in the wake of the season-ending knee injury to Rashaad Penny.  Homer should lead the way this week with the newly signed Marshawn Lynch not yet in football shape.

Pete Carroll isn’t ready to say how much of a workload Marshawn Lynch is ready for given his long layoff. They haven’t practiced yet this week. But he said they’ll “lean on” Travis Homer, noting he’s been here and with this offense the whole season.

Edwards and Hill should share the Ravens backfield with Mark Ingram (calf) likely out.  Unless the Ravens indicate that Edwards will be rested as well, he is the guy to add over Hill.  The Ravens have the AFC’s top seed locked up, so why would they even consider pushing Ingram to play?  Just don’t expect the same rushing attack we see when they are drafting behind Lamar Jackson.  RGII is not a reasonable facsimile.  Kerryon Johnson looked good in his return to the field and should have some RB2 appeal this week.  Washington’s value is highest if you have Josh Jacobs, who may return this week, on your roster.  Burkhead is obviously becoming a very important player in the Patriots offense, but will they allow him to play much this week, in a game they should win easily?  This concern makes him a flex level play to me.

Beasley, Stills, Watson and Ward are all very solid WR3 plays this week, so they can certainly help anybody in need.  Conley, Johnson, Renfrow and Ross should all provide solid flex level performances, but their tougher matchups keep them in the mid-level bucket.  Sims is a way to take a shot at upside as Washington has been using him creatively and he has big play ability.  What he lacks is a floor.

Receiver Terry McLaurin is in the concussion protocol. He suffered an injury after a late catch Sunday. He will be re-evaluates Thursday.

Then again, maybe he doesn’t.  If McLaurin sits, which seems likely, Sims’ workload will grow.  This also puts Kelvin Harmon in the flex discussion as he was playing major snaps even with McLaurin healthy.   His target share will rise.

Sharpe should have just that this week, with Corey Davis likely to sit with concussion symptoms.  Harry is a gut feel thing on my part, but I feel like the Patriots can use this week’s easy matchup to get him more work in the offense.  They need his play-making ability if they are going to do any damage in the playoffs.  You should be able to find a safer play this week, but in a deep format, he might be of some use.

I added Perriman because I saw him on a few other wires.  Hard to imagine that he’d be available but if he is, you should go after him hard.  Hamilton has finally gotten involved with the switch to Lock and he could help you in a deep PPR format.  I added Miller to the late wire because his 45% ownership rate slipped by me this mornng.  Last week’s game was bad but he’ll be in a better place this week.  Not a bad PPR flex.

Goedert is available in enough leagues (40 percent of Yahoo leagues) to give a look see.  He’s got a chance to be the number one option with Zach Ertz nursing a rib injury, and the Giants are a great matchup for the position.  I like Jonnu’s matchup most, so he is the next best option, but these are all solid pickups, if you need them.  Gesicki is on fire but the Patriots are a challenging matchup as they are in the bottom ten in terms of TE stats allowed.  Howard is slowly gaining steam and should provide fringe TE1 production.  Smith should be the lead man for the Giants with Evan Engram on IR and Rhett Ellison still in concussion protocol.