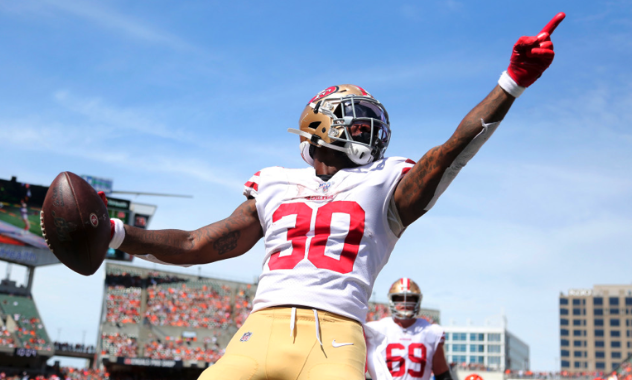 Welcome to the Week 17 Waiver Wire!

Hey all, I’m back!  As I feared, we got smoked by the storm on Christmas Eve and the Davidson household was in a bit of a tailspin.  The holiday was fine.  We had presents to open and the kids were both pleased.  That is, until they couldn’t set up any of the net-dependent devices they acquired.  That all got taken care of on Sunday afternoon, when we finally got net service back.

Life has normalized to the extent it can with Covid still coming at us.  It’s good to be back.  Sorry there was no DFS pod last week.  It just wasn’t possible and it would have been a weak ass pod even if I’d done it.

Sadly, for me, none of my injury/Covid ravaged teams made it through.  Made a few finals, but when you’re forced to start guys like Chad Hansen and Drew Lock, things can go bad, and they did.  Facing Alvin Kamara in one league did not help, but enough about me.  Let’s deal with the folks who need Week 17 help.

This will be a brief wire, because only elite options will be useful for a number of factors.  As I have been saying for weeks, with all the madness, free agency is a week long process rather than a once per week flurry of activity.  Go after the plum options tonight or tomorrow, but pay attention all week long because you never know who will pop up, or drop out for that mater.

I’d like to thank the folks who sent in donations last week.  Got a few sizable ones and that means they won some coin, and nothing makes me happier than our people cashing checks or withdrawing cash from DraftKings.com.

For those who’ve yet to donate, please consider doing so.  It’s how our site pays its bills.  The “donate button” is on the upper right portion of our home page.

A LOT of this week’s key details will seep out later in the week.  Which teams will sit players?  KC is the big one to worry about along with a few others, like the Bills.  If you have key players in that situation, you can grab their backups.

Last point.  As I said on the podcast, there may be zero Rotobahners playing this week.  I hope that is the case.  HOWEVER, if a few of you are playing, I have the time for individual attention.  Just hit me on Twitter, and I’ll make sure I help you out.  Seriously, tag me and I’ll make sure to do what I can.  I get it.  For 99.9 percent of us, it’s over, but for a few, it’s the biggest week of the year.  Hit me up if that is you.

Mayfield has a tough matchup in theory, but I expect the Steelers to rest people and that should get him over.  Rivers has floor in a plus matchup but Trubisky’s foot-point potential gives him more ceiling.

Darrell Henderson has a high-ankle sprain so Malcolm Brown is the last back standing.  He’s an excellent play.

Frank Gore will sit Week 17 and that makes La’Mical Perine a strong option.

Keep an eye on Darwin Thompson if KC is resting players and Darrel Williams as well–maybe more so depending on what Andy Reid is saying.

Aaron Jones potentially banged up so keep tabs on AJ Dillon or make a strong bid if you are counting on Jones.

Agholor’s targets have settled into the 7-8 range and he’s had over 100 yards in two out of his last three games.  He’s a locked in WR3.

Samuel continues to shine and I am loving his potential long term.  He’s a solid WR3 this week against the Saints.

Gallup is past his hip-pointed and looking strong again.

Sanders is Brees’ number one weapon until Michael Thomas returns.

Sterling Shepard has a good matchup with the Cowboys.

Mooney’s a flex play but he’s trending well in terms of usage.  The playing time’s been there for months, but they are finally learnng how to target him.

Coutee is home in smash matchup with the Titans.

Higgins will be a good play as a flex IF he gets removed from the Covid list and that could happen last in the week.

Dallas Goedert (calf) may be at less than 100 percent this week and who knows, he may not play.  Ertz is back healthy so i like him a lot.  Hooper could be a good play if the Browns are still without some key receivers.  He’s startable no matter what.

Irv Smith could be a good play as long as Kyle Rudolph fails to return.

Herndon has looked a bit more like himself lately and he’s always meshed well with Sam Darnold.