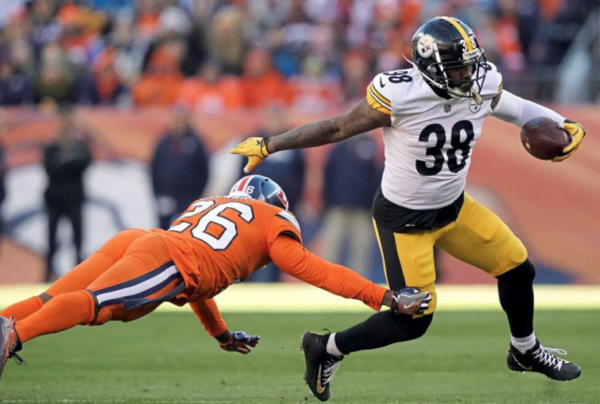 Welcome to Week 14, and congrats on still reading the waiver wire. It means you’re still alive and playing for the big prize! Over the last few weeks, we’ve gotten into building depth and stashing upside players.

***UPDATE***  Just in case you live in a cave, James Conner is OUT for Week 14–making Jaylen Samuels an absolute must-add.

Winston is available in more than 40 percent of Yahoo leagues. He’s an easy plug-n-play guy if he’s available. Jackson is there for the taking in more than half of Yahoo leagues. I’d be surprised if he was removed as starter. His remaining schedule is very good and that includes this week at the Chiefs. Prescott is playable the rest of the way, and the matchups get progressively better each week—culminating with a sweet matchup versus the Bucs in Week 16. His Cowboys host the Eagles this week. Josh Allen is a very compelling option. I’d be willing to use him in a desperate situation. He’s hugely volatile, but the way they are letting him run and his big play arm give him a huge fantasy point ceiling. If I want a huge underdog with a weak QB, I’d think about using Allen as a “nuclear option.”

Wilson stands out as a strong short term play with Matt Breida already ruled out for Week 14 with an ankle injury. It gets blurry after that because the status of Melvin Gordon and James Conner are crucial to the continuing value of Justin Jackson and Jaylen Samuels respectively. If either starter is out, the target in question would become a solid option. I feel like Conner is a better bet to play this week so I have Jackson listed first, but it’s close. Penny is slowly emerging and is a good deep flex or better yet, a stash in the event that Chris Carson misses time. Carson has hip and finger concerns and has been nicked and bruised for much of 2018. Dixon is now in the Ravens RB mix, but is behind Gus Edwards at this time. I think he’s worth an add in most formats if you have the bench space and a desire to invest in a running back. Dixon could pay dividends in future weeks. Don’t forget that Alex Collins is now on IR. Blount will help you this week, particularly in standard scoring leagues. His value tanks if Kerryon Johnson returns, but I suspect that won’t be until Week 15 and conceivably later than that. Williams is an underrated playmaker who is now one Spencer Ware injury away from playing a major role. He should be owned in all 12-team leagues.

Ridley, with the news that Conner will miss at least a week, has some value.  He COULD end up being the back to own, but my money is squarely on Samuels, who is my top priority add this week. MIzzell is a player to consider if you own Tarik Cohen. He’s that rare “satellite back” handcuff opton.  It’s something to consider if you rely on Cohen in a deep format. He’s also not a bad deep dynasty add.  Foreman was finally activated, so he’s a nice stash if you have space.

Godwin is now in the driver’s seat due to DeSean Jackson’s thumb injury. I’m betting on Godwin remaining in a primary role as Jackson’s injury is significant enough to hamper his effectiveness—even if he does suit up. Sutton’s role is not dependent on another player, so that security could make him a better add if you must play the player this week. Denver’s schedule is favorable and they vistit the 49ers on Sunday. Reynolds came up a bit short last week but I like his role and his remaining schedule. It’s also good that the Rams need more wins to lock up home-field advantage throughout the playoffs. They will be pushing hard every week unless the Saints collapse. Samuel is seemingly on the verge of breaking out. His playing time has increased significantly and he’s making explosion plays with stunning regularity. Logic says that he continues to be given chances. Of course, it’s Carolina, so you never know. They do love their Jarius Wrights and Torrey Smiths. Calloway may be a bit more stable compared to Samuel and that’s due to a lack of competition for playing time. Pettis blew up last week and he has the talent to keep it going. He’s got a solid matchup with Denver this week.  Zay Jones gets a bump with the release of Kelvin Benjamin.

John Ross is a late add because I missed him this morning. He’ll get a bump in time/targets with AJ Green out. Doctson is more valuable with Alex Smith gone, not to mention most of his competition for targets at WR. So many injuries in Washington. Higgins is a nice fot for Baker Mayfield and he’s looking healthy now. Solid WR4 going forward.

Thomas will start the rest of the way for the Panthers in the wake of Greg Olsen’s season-ending foot injury. Thomas has legit talent as a pass-catcher and can be used as a weekly starter if need be. Brate is of similar caliber but has more competition for targets—particularly in the red zone. Herndon is underrated and had a brutal matchup last week with the Titans. Things get better this week with the Jets traveling to Buffalo. Smith is a big play threat but his usage or lack thereof creates some risk. The same goes for Shaheen, who is a serious red zone talent but plays for a team with tons of weapons and a propensity to spread the ball around. Ellison is not worth much if Evan Engram (hamstring) returns, but he could be a decent lifeline for Engram teams if he can’t go this week.

Samuels is a late add now that he’s locked into a Week 14 role. On certain sites, he has TE eligibility, so use him there if you can.